When we hear the word research, many of us conjure up images of people in white lab coats looking into microscopes or someone staring at the stars through a telescope. They are doing research but that’s not the only way it’s done. You could be outside examining soil or a plant, on a river checking water flow or a species of fish, you could be writing code, or thinking about how an exoskeleton could help paraplegics walk again. While research happens in all different ways and places, it starts with an observation, an idea, a question.

“My favorite definition of research is, “research is when you don’t know what you’re doing,” said Professor Philip Stark of UC Berkeley’s Department of Statistics. “For me, research is a way to follow my curiosity, engage with the world, learn something, and – if I’m lucky – make a difference. Making a difference can be as simple as contributing to human knowledge and understanding, or it can involve changing how people do things in the world.” Stark said his most rewarding project involved protecting democracy by calling out misuses of statistics that endanger the public. 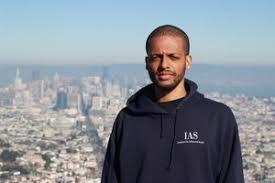 When Professor Jelani Nelson went to MIT to study computer science as an undergraduate, he didn’t know what it meant to do research until he met two international students from Moldova. They were “engaged in undergraduate research with a professor working on compilers. They both had ample computer science experience before college and looked like they knew what they were doing.” After meeting with the professor, Nelson started doing research with him.

Jelani is a professor in Berkeley’s Department of Electrical Engineering and Computer Science. “I soon learned that research refers to activity concerned with pushing the frontier of human knowledge. Research need not only be theoretical but can also be empirical or experimental, and is not restricted to STEM (science, technology, engineering, and math) subjects.”

“I believe that before one can embark on research, one needs to be rooted strongly in the fundamentals,” said Richmond Sarpong, a professor in the College of Chemistry.  “Research, which is to delve deeply into the study of a particular field and add to the knowledge in that field by solving existing problems in that field – solutions to which would benefit mankind – requires that you have the tools to ask pertinent questions.” 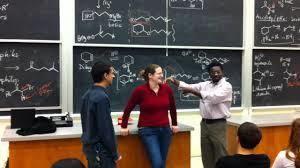 Sarpong, who grew up in Ghana, Zambia, and Botswana, became interested in how to address diseases that commonly afflict people in sub-Saharan Africa. “As a child, I was very impressed to see the effect that the drug ivermectin had on addressing a disease called river blindness. I learned at that time that chemists were responsible for the success of this drug. Therefore, it focused me squarely on trying to make a difference as a chemist and aid in the creation of new medicines. This is the area of research that my laboratory currently works on.”

Making medicine isn’t his only priority. “There are a lot of remaining challenges in making these types of compounds such as making the processes more environmentally friendly, making them at a lower cost, and giving them properties that are beneficial to health.” 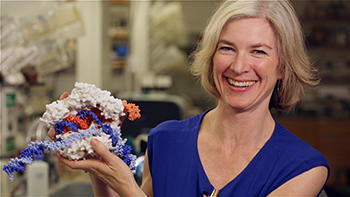 UC Berkeley is consistently ranked among the five top research universities in the world. The faculty and researchers here are changing the world through their discoveries and innovation. The researcher you hear the most about in the news right now is Jennifer Doudna, professor of molecular and cell biology and of chemistry. She and her co-inventor Emmanuelle Charpentier, are known for their pioneering work on CRISPR/Cas9, a tool for editing genomes that are helping us better understand and find ways to treat genetic diseases. Through Doudna’s research, and now research being done all over the world, scientists are looking at how it can be used in biomedicine, agriculture, and public health.  In December 2019, the federal government awarded UC Berkeley its 20th U.S. patent on CRISPR-Cas9 gene-editing technologies.